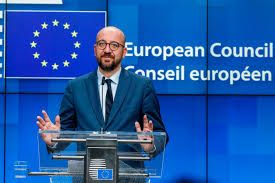 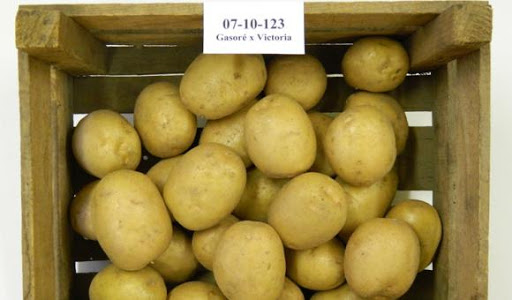 The European Commission has approved a €10 million Belgian scheme to support the Walloon potato sector in the context of the coronavirus outbreak. The scheme was approved under the State Aid Midlertidig rammeverk. The public support, which will take the form of direct grants, will be open to producers and stockers active in the potato sector in Wallonia.

The scheme aims at addressing the liquidity needs of the beneficiaries, thus helping them continue their activities during and after the coronavirus outbreak. The Commission found that the Belgian scheme is in line with the conditions of the Temporary Framework. In particular, (i) the aid does not exceed €100,000 per beneficiary as provided by the Temporary Framework for undertakings in the primary agricultural sector and (ii) the scheme will run until 31 December 2020.

The Commission concluded that the measure is necessary, appropriate and proportionate to remedy a serious disturbance in the economy of a member state, in line with Article 107(3)(b) TFEU and the conditions set out in the Temporary Framework. On this basis, the Commission approved the scheme under EU state aid rules.

The European Centre for Disease Prevention and Control (ECDC) published its updated risk assessment regarding the COVID-19 pandemic, alongside a set of guidelines for non-pharmaceutical interventions (such as hand hygiene, physical distancing, cleaning and ventilation). The updated risk assessment shows that notification rates have increased steadily across the EU and the UK since August, and that the measures taken have not always been sufficient to reduce or control exposure.

It is therefore crucial that member states roll out all necessary measures at the first sign of new outbreaks. Health and Food Safety Commissioner Stella Kyriakides said: “Today's new risk assessment clearly shows us that we cannot lower our guard. With some member states experiencing higher numbers of cases than during the peak in March, it is abundantly clear that this crisis is not behind us. We are at a decisive moment, and everyone has to act decisively and use the tools we have. This means that all ember states must be ready to roll out control measures immediately and at the right time, at the very first sign of potential new outbreaks. This might be our last chance to prevent a repeat of last spring.”

European Centre for Disease Prevention and Control Director Andrea Ammon said: “We are currently seeing a worrying increase in the number of COVID-19 cases detected in Europe. Until there is a safe and effective vaccine available, rapid identification, testing, and quarantine of high-risk contacts are some of the most effective measures to reduce transmission. It is also everyone's responsibility to maintain the necessary personal protective measures such as physical distancing, hand hygiene and staying at home when feeling ill. The pandemic is far from over and we must not drop our guard.”

A press conference with Commissioner Kyriakides and Director Ammon took place on 24 September and can be viewed on EBS. En full pressemelding, samt a Q & A on the EU Vaccines Strategy, are available online.

The city of Leuven in Belgium is the Europeisk innovasjonshovedstad 2020, the Commission announced today at the Europeiske forsknings- og innovasjonsdager. The title was awarded to Leuven in recognition of its excellent innovation concepts as well as its processes and governance models that enable ideas come to life.

The prize comes with a €1 million cash prize funded by Horizon 2020, the EU's research and innovation programme. The other five runner-up cities – Cluj-Napoca (Romania), Espoo (Finland), Helsingborg (Sweden), Valencia (Spain) and Vienna (Austria) – will receive €100,000 each to promote and scale up their innovation practices. Innovation, Research, Culture, Education and Youth Commissioner Mariya Gabriel said: “Leuven is a mission-driven city that excels in innovative governance models. It offers its people an opportunity to get involved in critical decision-making processes.

"But it's an honour to recognise the initiatives of all six winners. Their vibrant innovation ecosystems are an inspiration to all European cities.”

Leuven is the sixth city to win the European Capital of Innovation award, and the third non-capital city after Barcelona and Nantes. Leuven aims to become one of Europe's Labs of the Future through a mission-oriented model in which different groups of stakeholders come together to develop and implement innovative solutions to complex challenges, from climate change and the shift to a circular economy to ensuring high-quality education and care. This year's edition of the European Capital of Innovation Awards was launched in March 2020.

Also known as iCapital Awards, the competition was open to cities with a minimum of 100,000 inhabitants from the EU member states and countries associated with Horizon 2020. The competition first took place in 2014. Past winners include Barcelona (2014), Amsterdam (2016), Paris (2017), Athens (2018) and Nantes (2019). More information is available franske baguetter..